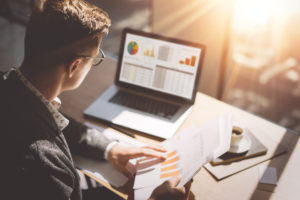 The UK left the European Union on 31st January 2020. As the Brexit saga continues, more and more UK businesses have had to consider what their operations will look like in the post-EU landscape.

Banks and other financial services face the possibility of losing their ‘EU passport’ should they not move at least some part of their business to homes outside the UK. The loss of this legal mechanism would prevent them from doing business with other EU countries. As a result, it’s predicted that Brexit could lead to as many as 100,000 jobs moving out of the Big Smoke the so-called “Brexodus”.

A recent survey of UK-based financial firms identified Dublin as among the most popular choices for relocation in the wake of Brexit. 21 out of 59 of the financial services companies surveyed revealed that they are committed to moving staff or operations to the Irish capital. For example, Barclays is transferring 150 jobs and its new EU base to Dublin, and the Bank of America is doing likewise. It is estimated that – in total – approximately 13,000 financial services jobs will move from London to Dublin.

So what makes Dublin so attractive to financial services amongst the uncertainty of Brexit?

1. There is already a strong, established financial services industry in Dublin

Being a crucial hub of financial innovation and security will be nothing new to Dublin following the UK’s divorce from the EU. The city has a long-established authority in the financial market, recovering well from the widespread economic downturn of 2008/2009. It is home to over 400 financial institutions that operate on a global scale, as well as being the fifth largest provider of wholesale financial services currently in the EU – behind Luxembourg, Munich, Paris and London.

In March 2017, the Global Financial Centres Index described Dublin as one of the “15 centres likely to become more significant” (alongside other cities such as Shanghai and Beijing). The GFCI also recognised the city as a “global leader” for the first time.

This glowing resumé certainly suggests that Dublin is well-equipped to handle greater responsibility on the international financial stage.

2. Dublin is a gateway to world markets

Ireland has a reputation as one of the most open and globally connected countries in the world.

As far back as 2013, Forbes rated Ireland as the best country in Europe for doing business. This accolade was further backed-up by some of the biggest companies in the world – Apple, Google, Facebook, Twitter and Amazon – setting up bases there.

The capital has fantastic transport connections to other key countries – both inside and outside the European Union. Thanks to newly-launched services to Boston and Miami, Dublin Airport is now the fifth largest airport in Europe for transatlantic connectivity.

This is only set to grow. New long-haul destinations are planned to be launched in the coming years, connecting the city to Hong Kong and Montreal, for example. Furthermore, a new runway is scheduled to be completed in 2021, opening up connectivity to Southeast Asia, South America and Southern Africa. 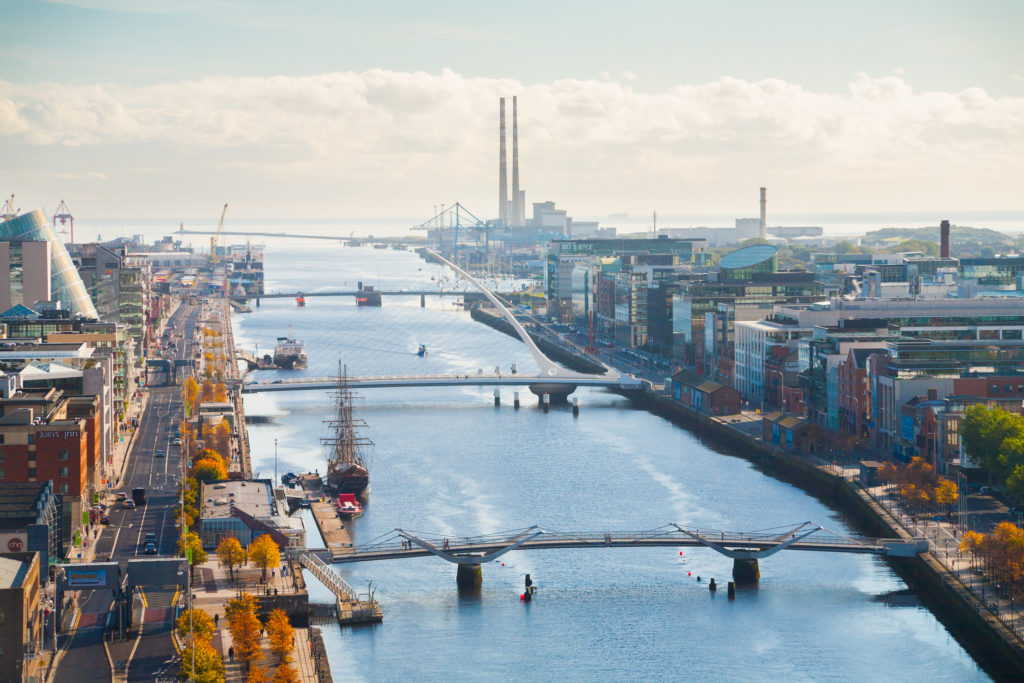 3. The low tax rate in Ireland

An undeniable draw of Dublin is the fact that Ireland has a very competitive tax rate. The 12.5% corporate tax rate for active business is one of the lowest in the world, providing a big advantage over the city’s EU rivals.

There is also a tax relief programme set up to support foreign companies in relocating top staff to Ireland. The Special Assignment Relief Programme (SARP) was introduced in 2012 as part of a push to encourage more multinational companies to send key talent to Ireland. This scheme reduces the cost of moving executives to Ireland and is a large part of how the country has boosted its financial reputation over recent years.

It is much more convenient to move English-speaking London employees to an English-speaking country. While Frankfurt, Brussels, Paris and Amsterdam are attractive to relocating firms for their mainland-Europe location, communication forms a barrier for some staff-members that simply wouldn’t be an issue with Dublin.

However, that is not to say that moving to Ireland would limit interactions with non-English speakers from other European financial hubs. Quite the opposite, as data from the Irish Central Statistics Office shows that over half a million people in Ireland speak a second foreign language fluently. Polish, French and Lithuanian are among the most common second languages in Dublin, followed by German, Russian, Spanish, Romanian, Chinese, Latvian, Portuguese and Arabic. This puts the businesses of the capital in very good stead for interacting with European contacts.

In addition to the high rate of language prowess in Ireland, the country has one of the most highly educated workforces in the world. The Organisation for Economic Co-Operation and Development noted that 52% of 25-34 year-olds have a third-level qualification (university standard), compared to the EU average of 42%.

Over 30% of students are enrolled in Science, Technology, Engineering and Maths courses, with another 20% studying Social Sciences, Business or Law. This is indicative of a very rich pool of talent in Dublin, from which relocating financial firms can hire a high quality of prospective employees.

5. High Quality of Life in Dublin

The 2018 Mercer Quality of Living City Ranking placed Dublin at the top of the list as the best city in which to live in the UK and Ireland. It even bettered popular European cities such as Lisbon, Paris, Madrid and Rome when ranked on a wider scale.

Dublin has a reputation as a very green city, with numerous well-maintained city parks to enjoy and a great range of walking routes and cycle paths. The city is also famous for its food and drink – especially the latter. It is home to a rich array of coffee shops and pubs and – of course – the Guinness Storehouse.

Furthermore, Dublin has a stable political environment, notably low levels of pollution and a strong socio-cultural environment. All of these factors highlight why the city is such an attractive choice for businesses relocating in search of an EU base in the wake of Brexit.

In November 2018, Us & Co opened a brand new professional work space and business centre in St. Stephen’s Green in Dublin 2. This city centre location, close to Trinity College, Grafton Street and the seat of the Irish Government, has a reputation as the ‘Mayfair of Dublin’.

The area is strongly favoured by the banking and financial services industry, and many of our members come from that sector – often looking for an alternative to London as a direct result of the UK leaving the European Union.

If you are interested in enquiring, please give the Us & Co team a phonecall on 020 3031 3535, or use our quick contact form. If you wish to come and have a look around our Dublin workspace at 5 Schoolhouse Lane East, please book a tour here. 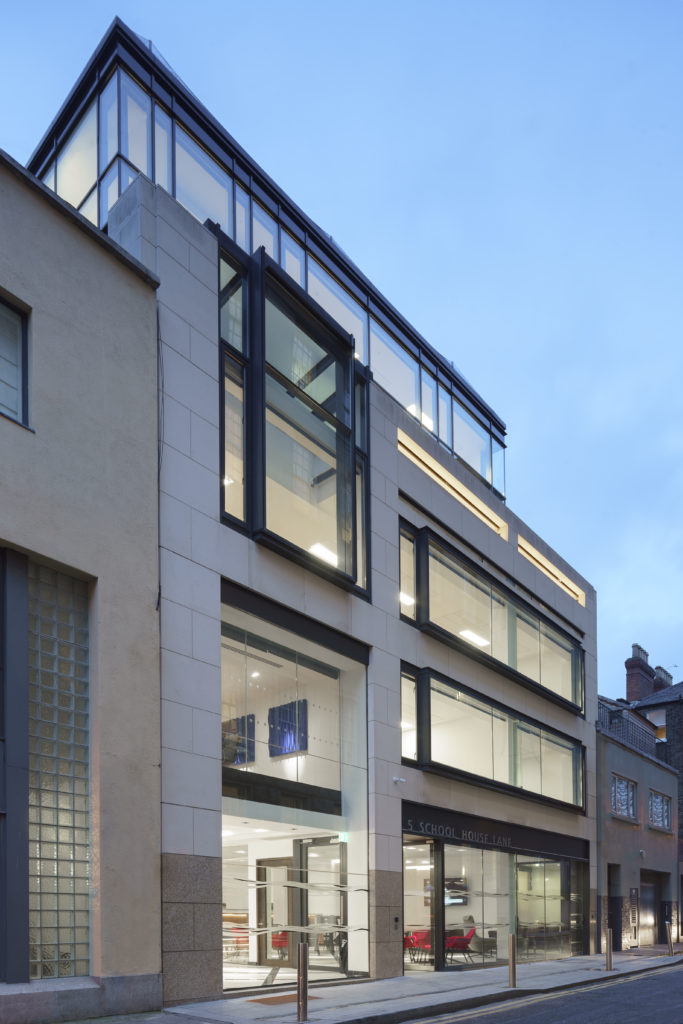 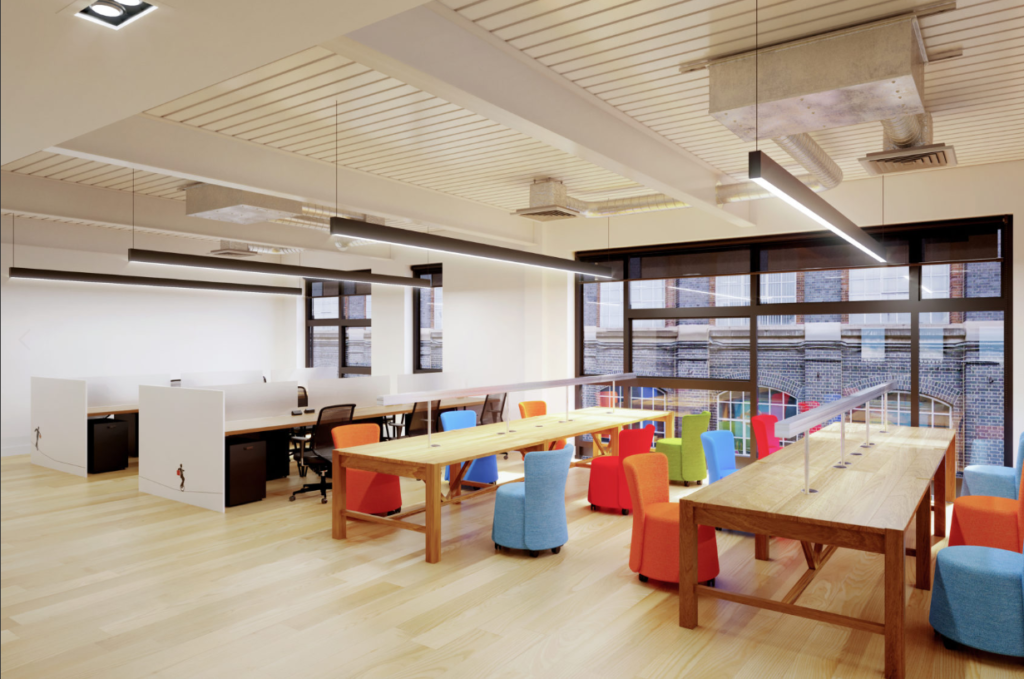 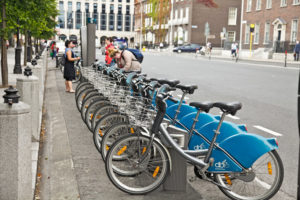 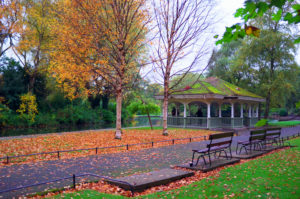